In one of its historic move, United Kingdom (UK) has passed a resolution in the Parliament declaring climate change as a national emergency.  Climate change activist group Extinction Rebellion has been protesting since last 11 days and creating major disruptions in central London. The resolution was introduced by opposition Labour leader Jeremy Corbyn in the Parliament. A report issued by the Committee on Climate Change, an advisory committee to government body on building low carbon economy and preparing for climate change, urged the UK government to set a target of getting to “net zero” greenhouse gas (GHG) emissions by 2050.

The committee has identified a total of five sectors which can result in the wholesale transformation of the economy. The five sectors are: energy, transport, land-use, food and buildings. Swedish teenage climate-activist Greta Thunberg has been the face of Climate Change protests. She recently addressed the meeting of UK lawmakers. Carbon Brief, an analytical website focussing on covering energy and climate-related issues, shared a very interesting insight. Since the protests were launched by the Extinction Rebellion, the number of times climate change has been used in media has spiked up dramatically. In April 2019, climate change witnessed more than 2000 mentions in the UK media.

Last year in February, Prime Minister Narendra Modi in a World Economic Forum Meeting identified climate change as one of the biggest threats to India. Needless to say that India remains a vulnerable nation to climate change. The incidents of flash floods, extreme drought and high temperatures have become a jumbo challenge for rural areas and urban agglomerations.  With the widening income gap, the effects of climate change will also be more on the marginalized groups of society. A recent study published in the Proceedings of National Academy of Scienes revealed that despite India being touted as the fastest growing economy, 30% of its GDP has suffered due to climate change. Agriculture remains the worst affected sector as due to unprecedented rainfalls and other extreme weather events which have affected the yield. 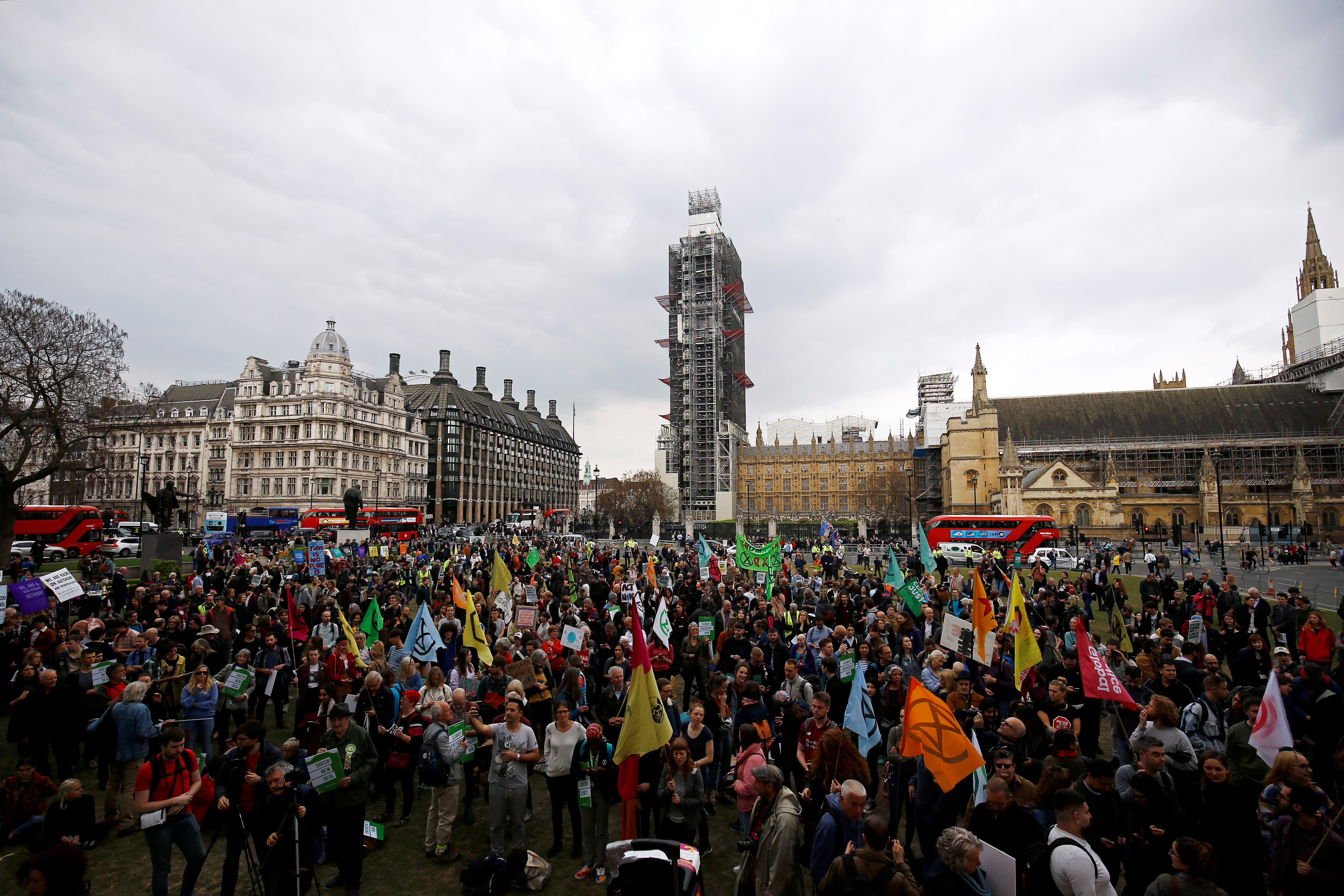 Challenge for Indian cities is also critical. Flash floods, high temperatures, air pollution and unsustainable waste management are some of the core ecological and planning issues topping the list of challenges. Studies have highlighted that the risk of flash floods in cities will only be going to increase from here. Not to forget the massive water crisis persisting in urban as well as tourist pockets of our nation. Mussoorie, Nainital, Shimla these hill stations are undergoing a severe water shortage. Climate change will only compound the problem.

Amidst the melting glaciers and sinking coasts, is India committed enough to address Climate Change? The answer is disheartening! As India gears up to elect its new Prime Minister, the manifestoes of parties give minimal attention to climate change. The ruling regimes in India have ignored the environmental threats for long now. As the incumbent government tops the headlines for diverting a large chunk of forests for industrial use, data during the UPA regime is equally disappointing to study. In fact, the experts have also noticed that governments (irrespective of BJP or Congress or any other political party), have often backtracked from the international climate change commitments due to the absence of time-bound implementation mechanism.

Environment fails to find a place in the mainstream political narrative. The political will to address issues dealing with sustainability is missing. Climate change requires urgent action. We need more of Greta and Extinction Rebellion as citizen mobilization will play a crucial role in making politicians realize their national duty towards mother Earth.