Ambikapur, the capital of Sarguja District in Chattisgarh, has the tag of being the first city in Chattisgarh to be dustbin and landfill free. Beginning in 2015, C. Srinivasan of India Green Service, founder of Solid Liquid Resource Management (SLRM) was approached by Ritu Sain, the District Collector of Ambikapur on watching him on air on Satyamev Jayate sharing ideas on sanitation and full-proof garbage management.

According to a Times of India report, the award-winning model which reaches out to around 31,000 domestic and commercial units, is being studied by many Indian and Foreign Officials for its successful operation and innovative garbage management system.

The cycle of the zero-waste system begins with waste segregation commencement at the collection of the waste at the source in 2 boxes, red and green, which were distributed to them by the Ambikapur Municipal Corporation. The red box contains inorganic waste like paper, plastic, metal, rubber, cardboard, electric wires, foot-wear and bottles. The green box contains organic discards like vegetables, peels, leftover food, garden leaves, coconut, tea and wood. Sanitary Pads and diapers are to be wrapped in paper and put into the Red Boxes for burial for permanent disposal. 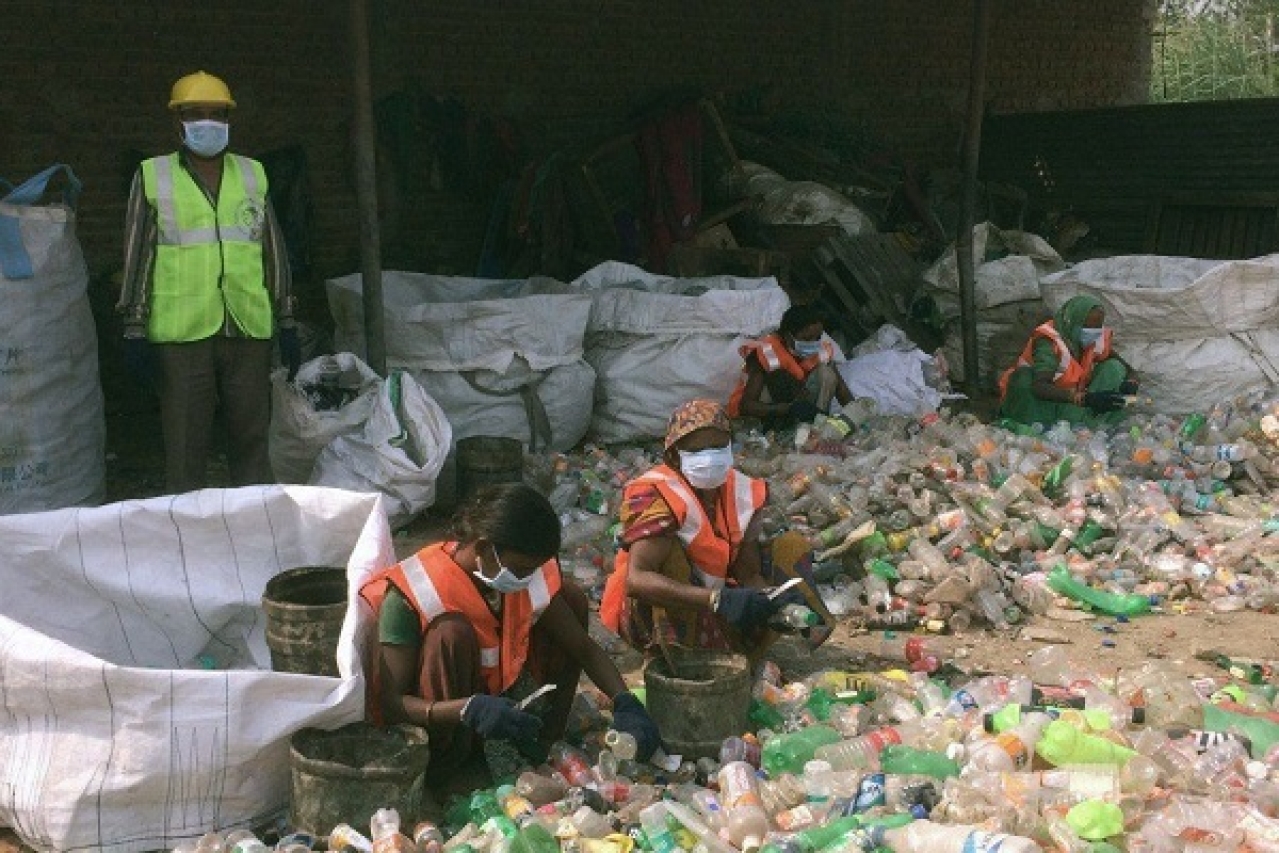 The collected segregated waste is brought to the 17 SLRM Center Sheds. Organic, recyclable and non-recyclable items are packed separately and tertiary segregation of plastic, metal and electronic items is done and sold to manufacturers as raw materials for recycling. The inorganic waste has 17 categories and several subcategories of paper, plastic and electric goods that are sold to manufacturers for recycling at Ambikapur and Raipur. It is believed that overall waste is being segregated in more than 50 categories in these SLRM centers. Organic material is fed to cattle, ducks and hens at the centers and the other remains are used up in biogas digester and composting. 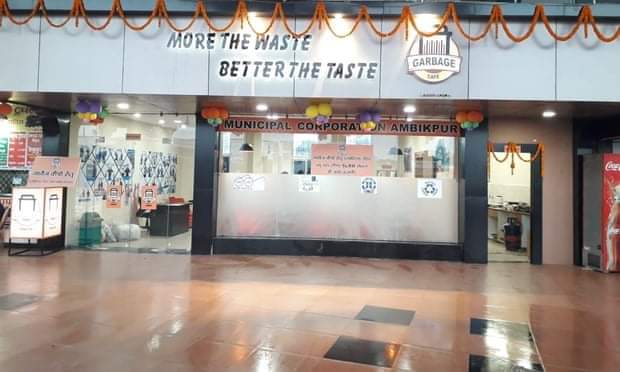 Women of Below Poverty Line were trained in 3 rounds with the help of co-operative societies. A 4-membered team is behind each tricycle rickshaw used for collection adding a total of 250 women employees. Each Tricycle covers a total of 300 families with a monthly contribution from each household of Rs. 50, Rs. 100 from each shop, Rs. 500 from Hotels, Rs.1000 from Hostels and ashrams. The women working get between Rs. 8,000-9,000 for their monthly service. All data about the number of employees, their attendance, area, daily waste collection of solid and liquid waste etc. is digitally uploaded by the supervisors of the women employees at the SLRM Centres.

One of the other unique initiatives of Ambikapur Municipal Corporation has been the launching of “Garbage Cafe”.  The cafe encourages citizens to bring plastic waste from home and have free food at the cafe. Ambikapur, a town of less than two lakh population in Chattisgarh, is leading with an example in the modern system of waste management. The model of Ambikapur offers a lot to learn and replicate in other cities and towns of India.