After the lockdown: Thoughts on reviving development in Uttarakhand In common with all other states Uttarakhand too is facing the adverse economic consequences of the current lockdown. The economy has been almost totally shuttered and there is little clarity on how and when it will come out of the present impasse. In addition, Uttarakhand suffers from some special constraints which make a return to normal, however defined, that much more difficult. These constraints can be sought partly in the economic structure and spatial distribution of economic power and partly in the realm of public finance.

An important characteristic of the state, that has implications for its all-round development, is the existence of a mountain-plain divide evidenced by sharp economic disparity between the mountain and plain districts. Comparison of per capita income at district level available for the year 2016-17 at constant (2011-12) prices shows that per capita income in ten mountain districts viz. Champawat, Uttarkashi, Chamoli, Bageshwar, Almora, Rudraprayag, Pithoragarh, Nainital, Pauri Garhwal and Tehri Garhwal, was less than half (about 47 per cent) of the average in three plain districts viz., Udham Singh Nagar, Hardwar and Dehradun.

Per capita income in Rudraprayag (Rs 83,521), the district with the lowest value, was only one-third of that in Hardwar (Rs 2,54,050), the district with the highest value (Government of Uttarakhand, Directorate of Economics & Statistics, Aarthik Sarvekshan, 2018-19). Another measure of the widening mountain-plain divide is the change in the share of population in the mountain and plain districts between 2001 and 2011. The share of the three plain districts of Hardwar, Udham Singh Nagar and Dehradun in the state’s population increased from 46.70 per cent in Census 2001 to 52.13 per cent in Census 2011. To use Lenin’s famous words, people from the mountain districts have apparently “voted with their feet”.

In respect of the availability of budgetary resources Uttarakhand is in a none too happy position. This has inevitably constrained expenditure by the state on development programmes and activities.  It continues to rely heavily on central grants and subventions for this purpose. In the context of lockdown, the financial position can only be described as highly precarious.

With the economy at a virtual standstill receipts from all sources, especially GST, state excise and stamp duty are seriously affected. GST, which is the single most important source of income for the state, is now outside the pale for any individual state to tinker with the rates. Under the new institutional arrangement the GST Council is the sole agency for this purpose.

Yield from non-tax sources too is also likely to be seriously impacted by the lockdown. Hence in order to raise additional resources to meet their urgent needs states have only two options – additional cess on petrol and alcohol, or enhanced market borrowing. Since limits of market borrowing by states are capped under the FRBM Act, many states, including Uttarakhand, have turned to alcohol and petrol for increasing their revenue. The borrowing limit has been recently enhanced from 3 per cent of a state’s GSDP to 5 per cent for the current financial year by the central government, but with conditions; increase from 3 per cent to 3.5 per cent only to be unconditional and the rest contingent on fulfillment of certain reform measures.

In view of this it is not difficult to understand why states are reluctant to bring petrol and liquor under the GST regime, which is considered necessary to complete the reform of the indirect tax system. There is little doubt that the transition to GST, while important from the point of view of economic efficiency and the need to create a national market, has also resulted in centralization and loss of autonomy for the states. This has only tended to increase their dependence on the central government for money.

How can Uttarakhand get out of the present bind and restart the process of development?

It needs to be emphasized that being a mountain state characterized by environmental sensitivity, fragility and vulnerability to natural disasters development strategy must subserve three goals viz., economic prosperity, environmental responsibility and social equity. Pursuing economic growth as the sole or even the primary goal without concern for the maintenance of environmental balance and sustainability can prove suicidal in the long run. This is the lesson underlined forcefully by the present pandemic.

Similarly, equal attention to social equity too is also an imperative that cannot be ignored. In short the three objectives have to be pursued simultaneously and not sequentially i.e., economic growth now and environmental protection and social equity later. Our past experience teaches us that single-minded pursuit of economic growth tends to make the other two goals elusive.

A development strategy that seeks the simultaneous attainment of economic, environmental and social goals requires fresh thinking and bold ideas and vision that cannot be realized within the existing institutional and bureaucratic framework. Unfortunately the political leadership has failed the state by its inability to craft a vision for development of the state. This criticism applies to both major political parties that have dominated political life in the state since long – in fact even when the region was part of Uttar Pradesh. There is hardly anything to differentiate between these parties in terms of development vision and programme for the state. This perhaps also explains why it is so common for individual leaders to cross over from one party to the other without any qualms of conscience or attracting any opprobrium. 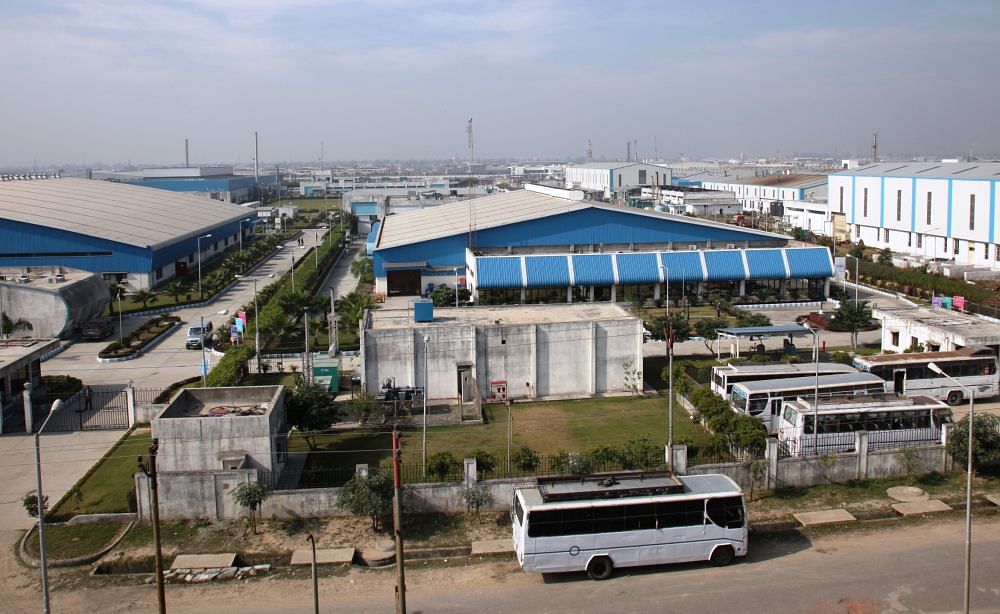 The foremost need and prerequisite is to create an institutional structure for addressing issues of development in a systematic and consistent matter. So far the state has been totally dependent on its administrative machinery for all aspects related to planning, policy formulation and implementation of development. Despite the best of intentions the system has inherent limitations for taking on this heavy responsibility.

One of the main problems plaguing the administrative system is the inherent tendency to think, plan and act in silos so that narrow departmentalism becomes the norm. It is a sad commentary on the state of affairs that despite having been in existence for almost twenty years as a separate state, Uttarakhand has not seen it fit to create a functioning institution to provide a vision for the state’s development and formulate plans and policies accordingly. To be sure, there is a State Planning Commission, but it is hardly effective being merely an extension of the administrative system with no access to specialized advice and analysis.

In the past a half-hearted effort was made by the government to create an institutional framework in the form of a Policy Planning Group for holding consultation with a wide cross-section people outside the administrative system on development matters, but it was short lived, perhaps aborted by the very administrative structure which it was designed to supplement and support.

Specialized and independent advice on development issues on a continuing basis through an appropriate institutional structure is extremely important. The State Planning Commission should be fashioned as the nodal agency for this purpose. Sadly, it has been lying neglected and dormant ever since it was created. It should be made into a functioning body by bringing in expertise and specialized knowledge in fields that are of particular relevance to the development of the state. It would be advisable to give it a statutory status so that the legislature can also engage with it. The Vice or Deputy Chairman, the de facto head of the body, should invariably be a known expert in the field of development. There should be at least five or six full-time members, all known names in their field, looking after specific areas. Ministers and secretaries to the government should be associated as part-time members.

While planning for the development of the state we must recognize that Uttarakhand is not a homogenous entity in terms of geography, terrain, environmental influences, social structure, and development imperatives. It consists of two geographically distinct regions, mountains and plains, which have distinct characteristics, development opportunities and needs. Within the overall framework of development of the state, therefore, there should be separate plans and strategies for the two regions of the state in order to address this diversity.

It may be worthwhile to set up three regional planning offices – two at the divisional level in Garhwal and Kumaon  for the mountains, and one for the plain areas – functioning under the overall direction of the State Planning Commission. It would be easier to associate relevant subject-matter specialists and experts at the regional level than at the district level, which at present is the unit for planning and development below the state level. The district planning set-up should be supported by the regional structures.  In this way a three-tier structure encompassing the district, planning region and the state would be established.

Experience so far shows that the sectors that have either provided the development impetus to the state or are promising candidates for catalyzing the development process are:

(i) tourism in its various dimensions, such as pilgrimage, spiritual and yoga-related, recreational, adventure, ecology and wilderness based, and medical and wellness oriented;

(iii) conservation, collection and cultivation of medicinal and aromatic plants and value addition through processing;

(iv) horticulture including off-season vegetables, herbs and spices, nuts and floriculture besides fruits, in situ processing of horticultural produce; and

(v) hydropower development in the mountain areas. In the plains the engines of growth have been agriculture and horticulture, agro-processing, industry – small medium and large – and the service sector.

Development plans should focus on carrying forward these sectors and activities to higher levels through the application of science and technology supported by appropriate scientifically collected data. Local higher education institutions should be associated with this task in a big way.  The vision for the state should lay emphasis on making it a centre of pioneering and cutting edge research on the Himalayas from different disciplinary perspectives.

Undergirding all plans and programmes of development there should be active concern for preservation of the ecological balance, abatement of pollution and prevention of wastage of natural resources on the one hand and promotion of equity based on caste, class and gender considerations on the other. Whenever confronted with a trade-off between higher economic growth and environmental protection or social equity the former should give way.

In other words a lower economic growth should be preferred if it results in healthier environment or greater social equity and justice.